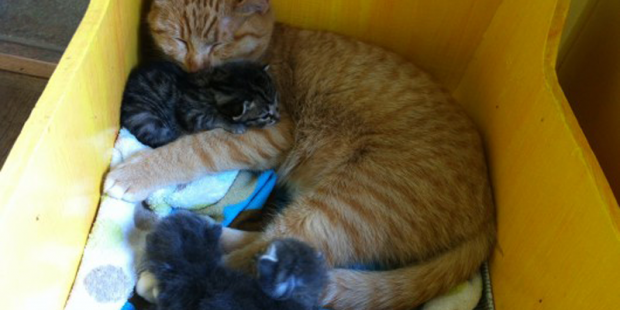 Nature at its best! Henry’s strong mothering instinct is a surprise, and it’s also a gift, because he could make all the difference to whether the kitties endure.

These kitties were left on the side of highway on Prince of Wales Island when they were barely a week old. They have actually needed around the clock care and feeding and still have the probabilities stacked against them, however with the help of Henry (and the foster household) they have great chances to progress.

An 8-month-old cat named Henry has taken on the role of mother to this litter of kittens at the Ketchikan Humane Society in Alaska.

Two weeks ago, kids were walking home from school when they saw a cardboard box alongside the road, said Heather Muench of the Ketchikan Humane Society. Inside the box were abandoned kittens, no more than two weeks old, Muench told ABC News today.

“The chances of them making it was very slim at that point,” Muench said. “Not having a mother and being left out in the elements, they probably would have died within 24 hours being left in the box.”

“When I first got them home, after a couple days, Henry realized there were these little babies. And he decided to hop in there with them and started cleaning them up and letting them crawl all over him,” Muench said. “He basically took over the job of mother.”

“We feel like him helping to nurture these kittens is increasing their chances of surviving,” Muench said.

Henry, who has a neurological disorder that limits his coordination, was originally a foster kitten himself, Muench said. But now she’s officially adopted him.

“He’s extremely sweet and very affectionate” she said. “He just brings a smile to your face.”

These six kittens were lucky to have been found, lucky to have ended up with caring people, and lucky to have Henry. Hopefully, their luck will continue, and they’ll end up surviving and placed in loving homes – after they’ve been spayed and neutered.

UPDATE: The kittens now have names. They are Jan, Marcia, Cindy, Greg, Peter and Bobby. 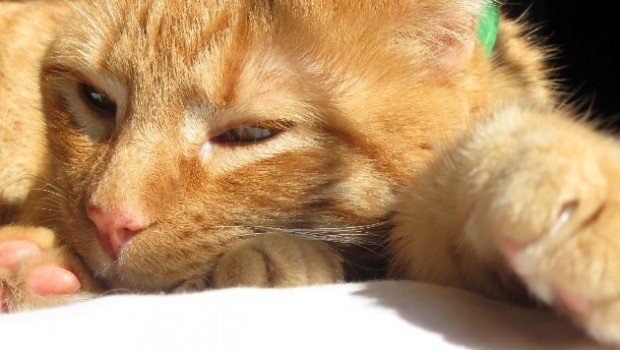 What makes my cat purr

Ideas On Ways to Groom Your Cat